Want to be friends with this user.

I haven't updated in forever, it feels like - though I did come close, a few times.

2012 wasn't the year I'd hoped it would be...but maybe that's my own fault. Most things are what you make of it, and if I'm completely honest here, I didn't bother to make a morsel out of anything.

Hopefully, this year will be different. I think it will, because I'm starting off with some heavy changes!

But, serious and personal issues aside, I think I'd like to share some silliness, instead. Start the year light.

My friend Kelli, who is basically the queen and just - really, she's just amazing and kind, and spoils me rotten. For pretty much no reason, other than it being simply because she is incredibly nice.

She basically showed me up on Xmas (hehe!) - buying me not only a miniature Knock Out from Transformers: Prime, but also... 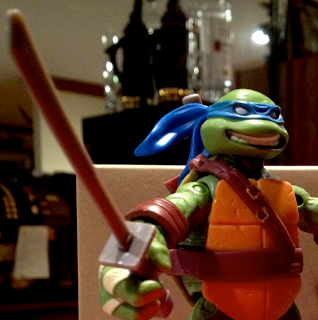 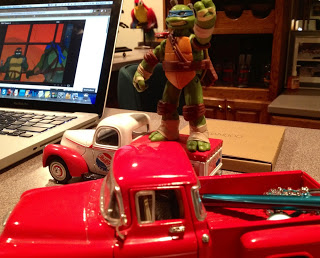 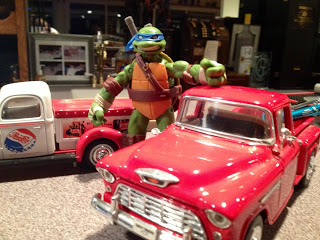 But for real, I just...like those cars and I'm hard kept to go against Kelli - who has me beat hands down just by existing.

Truly, though - this more or less made my year. I don't quite know what to think.

This is pointless. HOORAH. :D

Still, can't complain too much - my friend did an adorable sketch for this very occasion (for me, aaah)! 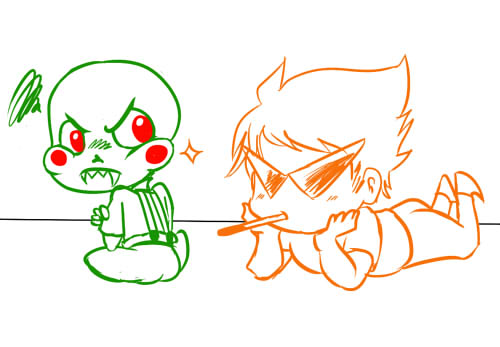 I love my friends!

As for Pocky Day itself...all I have is empty boxes.

Comic Con goers got special treats, it seems. Beyond the unveiling of the Legend of Korra season 2 and its added cast (which...I'm actually more wary than excited for, for reasons)...there were brand new TMNT sneak peeks, as well:

The new theme song, which is a rap remix of the original 80s theme song (it kind of reminds me of One Piece, but I can dig it), and two clips: "Meet the Krang(s)" and "Training Session". The former should still be on the Nick.com website, but both clips are available now on Youtube. 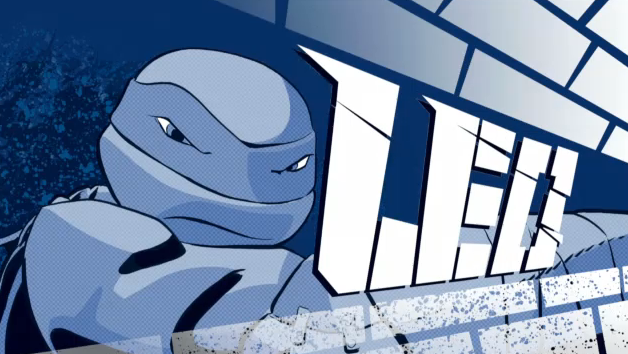 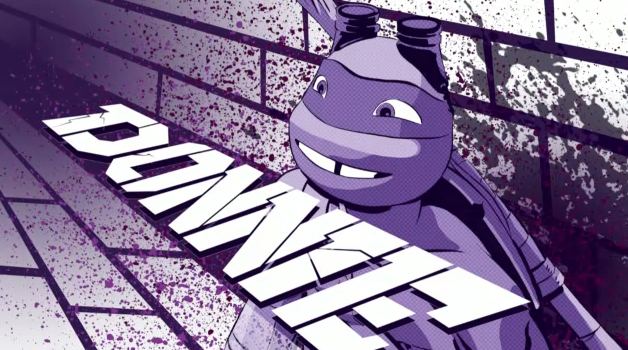 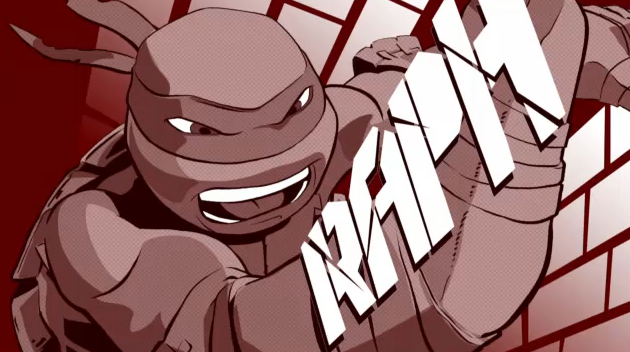 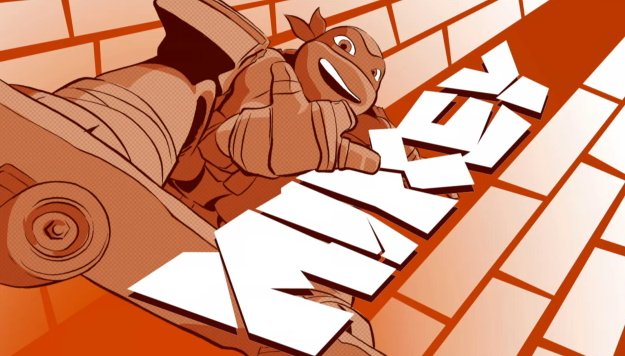 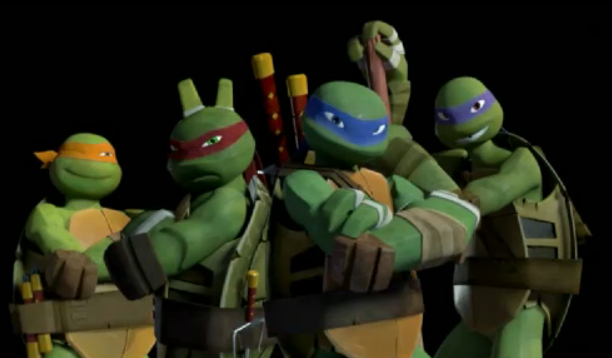 Once the tattered tower that was once the pinnacle of your most urgent thoughts begins to crumble, a new city rises in its wake. Here majestic buildings of whimsical form and enticing violet hue puncture a threateningly dark sky. Your robes are rosy, almost magenta, and coordinate elegantly with your surroundings. You might feel tempted to play hauntingly sick chords. Or do something incredibly silly and pointless. Whatever suits you best.

When it comes to the two types of Derse dreamers, you are the less stable as the name might imply. You are often very concerned with the future and making it be the best it can be, if not absolutely perfect. There's nothing wrong with this, if you can keep the pressure from really hurting you. Your concerns for what is to come aside, you have a great sense of elegance (in one way or another) and your life is generally a sensible one defined by choices that you have 90% or above assurance in.

You might confuse others in the way you think and act, but it will be a small hurdle to overpass if you really want to connect with someone. It may be rather cliche, but your mind is your greatest tool. Yours in particular was made to save worlds and more.

Of the beta kids, the Asymmetrical Derse dreamer is Rose. While the specifics of your personality may be quite astray from hers, you may see that you have certain similarities as well. Like her, you have much to learn, especially about the things you already know. Prepare yourself for the riddle and good luck! 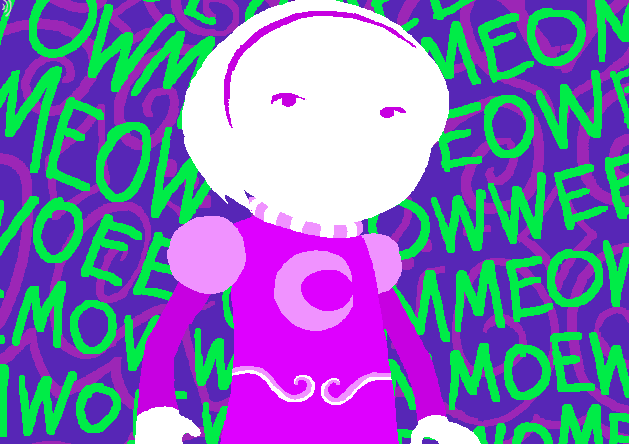 I'm always embarrassingly impressed when results are this accurate to my person...and to be compared to Rose? Goodness gracious, how cool.

Take the quiz for yourself?

This isn't really a professional review or super-descriptive breakdown of the game...just a fangirl expressing some excitement over Nick.com's current gameplay for TMNT.

The overall style is very appealing. The intro is simple (pretty much this load screen, some still pictures that act like storyboard pieces [no text], and quick-paced transitions), but fun to watch.

For a show/game directed mostly towards the younger crowd, I think it plays decent homage to the comics! Of course, this is only a game...but I take it as a good prequel of things to come.

Anyway, moving on past the intro, the object of the game appears to be to beat monsters and (possibly?) find someone/something? That part wasn't very clear to me, but I'd guess others would actually know. At any rate, we're given the option to start off with one of the four turtles, whose states on agility, defense, attack, and range differentiate very much from one to the other. Mikey is high on agility but low on defense, Don has the best range, Raph has the greatest attack, and Leo is the all-around stats character.

I chose Leo first, of course, because he's my favorite turtle...but they all are fun to play! (I personally think I handle Michelangelo the best)

After choosing your turtle (and going through another loading screen), you're immediately dropped into the sewers to go to work. No problem, it guides you through well enough without too much text or any annoying pauses - just quick notes that save you the trouble of randomly smacking your keyboard.

Besides [↑], you can also use [x] to jump, and [z] allows you to toss shuriken, when you come across them.

My suggestions would be to take your time and just have fun exploring everything. Enemies come at completely random times, in completely random numbers. They're super easy to beat (about 3-4 hits), but watch out for your environment, as a careless move could have you stepping in painful ooze or falling into an abyss. Yikes. Luckily, you can switch turtles upon coming across a small pad (hard to miss, it has a down pointing arrow with the words "Switch turtles" hovering over it) - and your bros can even join you in a particular section of the sewers. Sweet!

All in all, it's just a lot of fun, and a great preview of what's to come from Nickelodeon on our four shelled heroes. I'm even more excited than I originally was, for sure. But as said, this is just an online game or two.

Still. Franchise of any kind, especially with nearly three more months of waiting ahead of us, is worth some fanfare.

I'm happy to say, this was a small but relatively significant ease of my wariness to the new turtles, overall.